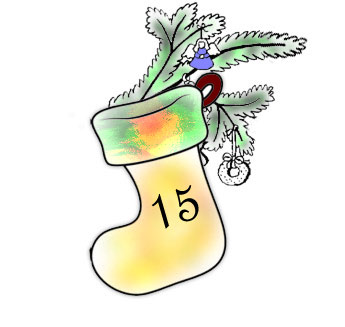 day 15 of our Advent Calendar. And of course, the title was click-bait – I wasn’t cancelled.
But today, we’ll learn how to properly cancel someone in German.
And it’s easier than you think.
Take a bad German teacher for instance… just login to your Twitter and post this:

“My incompetent German teacher couldn’t even tell me why languages are different.
Wrong job? Look into that @goetheinstitue “

And boom. They’re cancelled.
Nah, I’m kidding of course.
What we’ll really talk about is how to translate

One of you recently asked about that in an email and it’s a good question because there are actually several options. Like… the dict.cc has 10 inches, actually.
“OMG, did the German teacher just talked about 10 inch wieners in a lecture?! This needs to STO…!”
Chill out Karen, I said dict.cc… it’s a dictionary.
Anyway, of course we can not go over every single one of them and talk about all the nuances, but I can give the most common options and when to pick which one. Because we can actually distinguish between three types of cancelling:

For the first one, when the two most common words are absagen and ausfallen. Absagen is what the person who cancels it does and it can be used for dates as well as for really official fixed dates like a concert for instance.

Ausfallen is what the event itself does. So if I absagen a concert, that concert will ausfallen. In English, the counterpart for ausfallen would be “is/was cancelled” and it’s actually kind of handy, if you don’t or can’t say who actually cancelled it.

Cool.
The second type of cancelling is about nullifying some form of contract. If the contract for something you already have, like a work contract or a Netflix subscription for instance, then the word for cancelling it is kündigen. And if it’s just a “planned contract”, an order, then the most common word is stornieren. That works for hotel bookings for instance, but also for orders in general.

And then, last and kind of least, we have the cancelling in a context of TV series. And the most common option for that is absetzen.

Mixing up these words does sound quite weird and might not even be understandable for a native speaker. So try to really get a sense of the three different groups.
Here they are as an overview again:

And that’s it for today. Now you have an idea of how to properly cancel in German :).
If you have questions about this or about some other translations for to cancel, let me know in the comments.
have a great day and bis morgen.