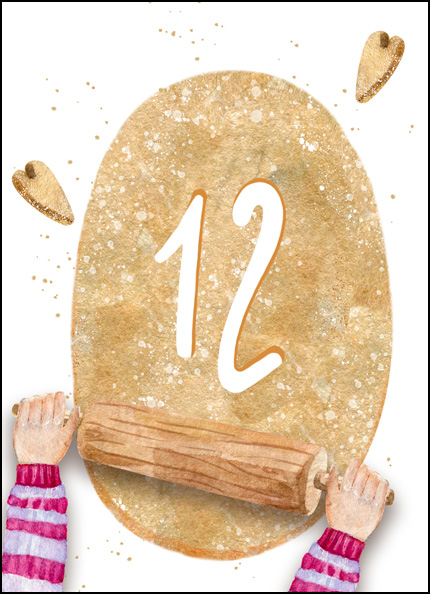 and welcome to day 12 of the 2022 German Advent Calendar.
Actually, this would be the day for the traditional epic half time show, but BOTH acts actually just cancelled at the last minute! Taylor Swift… Harry Styles… thanks for NOTHING!!!
You’ll hear from my lawyers, you frauds!!

The Difference between mit and bei

And I don’t mean in general. That’d be a little too much and I actually have a done a deeper dive for both of them.
So if you want to check those out, here are the links:

Now, mit and bei are definitely similar but overall they’re distinct enough not to cause much confusion.
There is one context however, where with can be translated to both of them, and it’s not always clear which one to use.
I have gotten a question about this more than once on here, and there are also multiple discussion threads in the German language Subreddit, so this clearly is an issue. Not a big one, of course… some rasping and filing and we’re good :).

The context I am talking about is:

being with a person

And here’s a couple of examples to show illustrate the issue.

And now let’s look at how we’d translate those to German.

Yes, you read that right.
In the second one, both options are possible, but mit is more common. And in the first one, ONLY bei works.
I can only imagine how frustrating it must be for a learner to come across something like that. I mean… looks rather arbitrary, right?

Luckily, there actually is some logic here. The key to it is understanding what the sentence is focused on:

And now let’s see what happens if we put in mit.

And I think this way of looking at it helps with all situations where you’re talking about with a person and you’re not sure whether it is bei or mit.

Let’s do a tricky example.

The first one will be bei, 100%. Because staying NEEDS a location, but the only one given is “with me”. So the sentence really is about WHERE you are… or should be.
The second sentence on the other hand will be with mit. And this time ONLY mit works. Because this sentence is clearly NOT about where you should be, but WHAT you do. You should join my going somewhere.

So there you have it. That’s the difference between mit or bei, bei or mit (putting this in for Google ;).

Let me know in the comments if you’ve run into this question before and if my approach actually helps clear it up, or if you have an example where it fails. Or some where it works :).
It’s always good to have examples.
Have a terrific day you all, and I’ll see you tomorrow.