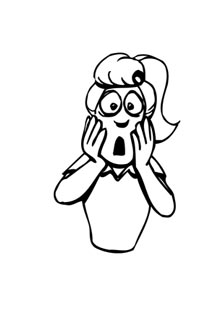 I have really, really bad news :(.
Today, the quarterly statistics for the case and gender usage across all native German speakers came out and in the first 3 months of 2017, and the numbers are way up. Use of grammatical gender relative to word count increased 56,3 percent and the use of cases (same metric) almost freaking doubled.
DAMN.
And these trends are likely to continue throughout 2017, the analysts say.
So to put that in clear terms:

People speaking German use cases and
gender way more often this year than they did in 2016.

I know, this is really really hard for many of you. You had issues with the usage as it was and now you’ll have to step it up big time if you want to speak German that’s remotely idiomatic.
As usual, German language schools and teacher will have a transition period, but by summer, the old usage frequency will sound archaic, in fall it will sound alien and in winter 2017, you’ll not be understood anymore.

So yeah… I don’t know what to say. It sucks.
It’s gonna be a bit of work but you’ll get there. I’ll draw up an article on the whole issue in the coming days. For now, I’ll give you the link to the official presentation that the department of language released. You can find the numbers there as well as sort of step by step guide to increase your usage to match the new quota.
Let me give you the link:

LINK: Usage stats 2017 for case and gender and guide for students

Sorry again. Hope you have a great day anyway.

Here, you can record yourself and compare it to the examples.You can NOT save the recording as of now, so it'll be cleared if you leave the page. But you can do several takes and compare yourself to yourself :). The recording automatically stops after 20 second, just to make sure the browser doesn't crash if you forget to click stop.