"aus" is German for "out". But it's not that simple because like "out" it can be used for a variety of ideas. We'll look at all of them with plenty of examples. 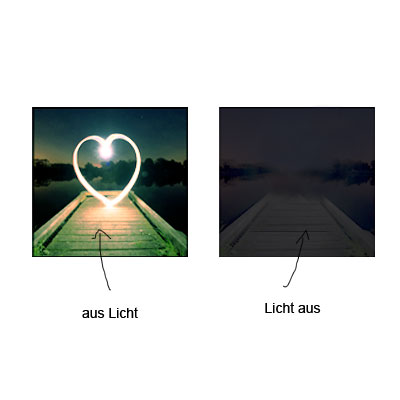 and welcome back to German is Easy – your favextrorite German learning blog ever.
Do you guys know what spaced repetition is?
It’s this algorithm that most vocabulary trainers have that brings back a word right before you forget it.
Well, here at Yourdailygerman, I’m one step ahead of course. I am using an EXTREMELY Spaced Repetition System™.
What’s great about this system is nothing, so that’s pretty cool.
And today, I’ll bring back a series that you were about to forget even existed. Ladies and Gentlemen, give it up for

Hooray. It is back.
As usual in this series, we’ll take one preposition and look at it from all angles. And today, we’ll take a thorough look at the meaning of


First, we’ll look at it as a proper preposition, then we’ll check out how that changes when it is a prefix and finally, we’ll look at the most important VPCs, verb preposition combos and see if there possibly is some inner logic to them.
Lots to do, so are you ready to jump in?
Perfect.

“aus” as a preposition

Aus is of course the German brother of out, and they do have the same core idea of “outward, outside“.
And while out needs to team up with of or from to actually function as a preposition, German aus doesn’t need any extra help.

If we look at the examples a little closer, we can see that aus is always followed by a dative case. And even if you find cases confusing, an effective way to remember this is that it’s mostly either aus dem or aus der. Or aus den, if you have a plural. But there will NEVER be aus die or aus das, so if you catch yourself saying or writing that, it’s definitely 100% wrong.
And the same goes for aus eine and aus ein. Those are also 100% wrong.
Of course, you’d still need to know the gender of a word to get it 100% correct, but at least this way, you can eliminate a few options and make the right guess more often.

Now, the examples we had so far had an undertone of exiting, leaving – leaving the bar, leaving the mind, leaving the fridge.
But you see … nothing ever really leaves the universe, and exiting one space or state means entering another.
When you exit one “space” (or state), you automatically enter another. So the notions of out and in are ultimately just different sides of the same coin and a matter of perspective. I mean… just take the phrase out into the sun.

And it can also be “material” origin.

And it even works in the context of the “origin” of our actions – the cause.

For many, the German learning that they started out of boredom would generate even more boredom, but not for us here, because we’re on the German funbus …

And the next stop of our tour today will be… aus as a prefix.

“aus” as a prefix

So far we’ve learned that the core idea of aus is outward and that that can be about leaving, exiting, but also about origin, emerging.
And both are also present in aus as a prefix.
But as most prefixes, aus feels a calling to get creative with its themes, like they all went to art school or something.
“We did go to art school, fyi, and in our work as prefixes, we explore the fringes of what’s possible with the core th… “
Yeah, yeah, whatever… you do know that’s quite confusing for learners, right?
“Art is supposed to be confusing, it’s our job to subvert expectations!”
Oh man, German prefixes… the Rian Johnsons of language.
They really do subvert expectations, and aus is a great example.

Take ausgehen for instance.
The most logical, straight forward meaning we can make with the core theme of aus is “to go out(side)”.
But it does not mean that. Because as is the case with many prefix verbs, the most “intuitive” or “logical” meaning is left to what I call the r-version. If you’re new here, you’ve probably never heard of that, because textbooks and courses usually don’t give this much attention.
But you’ve certainly seen many r-versions in the wild, because many prefix verbs have one and they’re ESSENTIAL if you want to speak idiomatic German.
For ausgehen, the r-version is rausgehen and THAT’S what we need for the idea of simply going out(side).

ausgehen would sound REALLY strange in this context and it’s the same for many many verbs with aus as a prefix – particularly those that are about movement, but also other ones. The most literal meaning will be covered by the r-version.

And even though it’s just one letter … this initial “r” makes a HUGE difference to the brain of a native speaker. So if you say aus instead of raus, it sounds very wrong. I mean, people will most likely understand what you’re trying to say, but no guarantee and it sounds really bad.

So this whole notion of r-versions is really useful and I recommend that you try and build an understanding and feeling for it.

But now let’s look at what aus itself actually does as a prefix. And as I said, it does have the core theme of outward – but it sure  does get creative with it.
Sometimes, it’s just a little twist, or a limitation to a certain “domain” or context.

Sometimes, it’s a little less intuitive what the aus does exactly.

And sometimes, we need serious mind yoga to see the connection.
Like … why on earth did ausgehen von end up with the meaning to assume.

The logic here is that the assumption I make is kind of my “base”. I don’t know for fact that it’s the right base, but I’ll take it and from there, I “venture out” into the future. Can you see how this ties in with the core sense of origin that we had? The assumption is the “origin” for my actions.

Now, please note that most of these aus-verbs have SEVERAL meanings, each with a different twist.
ausziehen for example doesn’t only mean to move out, it also means to take off clothes.

But looking at these double or triple meanings for each verb in detail would be just too long for this article. The goal here is a broad overview, after all.
But I have actually written dedicated articles about some of the most important aus-verbs like ausgehen, ausfallen, ausgeben and more (I’ll leave a link to the archive below) and most of the others you can find in my dictionary/search. So if you have a question about a specific one, let’s clear that up in the comments there.

But for a full picture of the prefix aus, there is a couple of themes that we need to mention.

And that’s where we’ll pick up in part two.
Booooh, I know, you want it all now.

But we don’t only have the stuff about the prefix – I also want to go over the aus-family real quick with words like aussen, ausserhalb, draussen, raus and außer and all in all it would be a LOT to digest for one session.

So yeah, let’s take a break here and come back to part two with new energy.

As usual, if you want to recap a little just take the little quiz I have prepared for you.
And of course, if you have any questions about aus so far, just leave me a comment.
I hope you liked it and see you next time.