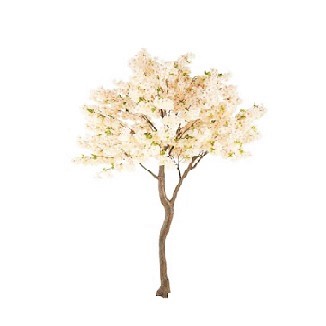 and welcome back to our little series on the most important grammar terms. And today, we’ll take a closer look at one

Now, most people who speak English would immediately think of the and a, when they hear “article”, and many German learners would experience a visceral reaction, like a surge of anxiety or a slight skin rash. So it’s definitely one of the most wide-known terms.
What’s less clear, though, is the question of what articles are, what they do and what other types of articles there are. And by looking into these things, we’ll learn what’s maybe the most important lesson of today… that grammar terminology is a god damn mess, and no one knows what they’re talking about.
So, are you ready to jump in?
Then let’s go.

One theory about the origin of the term article is that it comes from an ancient High Elvish word “Ar-t’kele” which meant something like “the little companion” and in that sense it also made its way into the epic book of G‘ram-ar (“the little head-pain”).
That’s just my personal theory, though.
The mainstream theory is that it comes from Latin… yeah… big yawn. It literally meant “little joint” and it was for the small body joints like the finger joint for example. It was also used as a grammar term, but the Latin article was actually something different from a connecting particle. Our definition of article came up more than one and a half thousand years later, when some grammar scholars were naming parts of speech while having some wine…

“So, we now that we have named all the parts of speech, let’s toast to our epic grammar terms.”
“Wait, hold on. What about these little words that hang out with the noun all the time.”
“Oh, right. What did the Romans call those?”
“They… they didn’t have those, actually.”
“Dang it. What do we call them then?”
“How about Noun-Bros?”
“No, not Latin enough. It needs to sound high-brow! I suggest we call them… articles.”
“But articles were something different in Latin and Gre…”
“WHATEVER! No one’s gonna know. Let’s just call them Articles and have a drink.”
“Hooray!”

Me personally, I think Noun-Bros, would have been the better choice but okay. So essentially, grammarians just kind of decided to call these things articles, even though “joint” is not really what I think of when I think of the or a.
Which brings us to the question of what it actually is that articles do.

The function of articles

If we look at German articles with all their endings, it seems that their job is to carry grammatical information about the noun, namely gender, case/role and whether it is singular or plural.
Because if we look at the English article the, we see that the does a precious little of that grammar stuff.

Clearly, carrying grammar information about the noun must be an optional side hustle for an article.
The main job is something which I would call “instantiate”. If you’re a programmer, you might actually have an idea of what I mean, but most of us aren’t programmers, so let’s explore this.

In our look at nouns we learned that nouns are basically our names for all kinds of objects. But of course they’re not the name for an individual object. They’re the name for a category of objects. The noun unicorn for instance applies thousands and thousands of these savages roaming our planet. If we want to get more specific, we can of course use nouns for subcategories, like Sea-unicorn or Glacier-unicorn or Tschernobyl-unicorn.
Or we can just add a bunch of qualities to a noun by using adjectives – for example

That’s already SUPER specific because very few unicorns are actually vegan. But technically, this is still just a very specific “entity class”. Maybe there’s just one unit in that class, maybe there’s a hundred. Or maybe there’s none.

And THAT’S where the article comes in because an article specifies what “instance” of that class we put into our sentence.

The a in the first sentence says “random instance of class sea-unicorn”, while the the in the second example says “the instance you and I have in our head”. That’s why a is called indefinite (undefined) article and the is called definite (defined) article.
Do you see what I mean? The noun and the adjective specify a certain type of entity, which can be more or less specific. And the article then “spawns” an instance of that in our sentence.

And while the and a are typically what you find when you look for articles in English, those two are not the only types.
Some languages for instance have what’s called a “proper article“. That article expresses that there is exactly one instance of that entity. English doesn’t have an extra word for it, but you can get a feel for what it would do in phrases like the north pole or the White House, where the the is kind of an integral part of the whole name.
Another type of article is the partitive article, which expresses that your “instance” is an unspecified fraction of the noun. The French article du is an example for such a partitive article, and the idea is pretty well captured by the English some.

Which of course begs the question if some is an article.
Or what about things like my and mein- and this and dies-? Those are articles, right?
Well… that’s where we get to the key lesson for today and see the oh so venerable grammar terminology for the absolutely incoherent disastrous mess that it really is.
Get ready for some serious confusion.

If we go by what we’ve learned about articles so far, words like some or the pointers like this and the words that express ownership (possessives) like my or your and also words like no and which do fit perfectly as articles.
For one thing, they basically replace the normal articles.

And you wouldn’t say

Well, actually in Italian, it DOES work that way, for some of them. So there, these DO say “the my cold beer”, and so there, the possessive word is more like an adjective.
But in German and English they are in the position of articles.
And what’s more important than the position is that they do the JOB of articles. We’ve said that articles basically specify what instance of a defined noun we have in our sentence. And words like my, your or this do exactly that. There’s a item category “cold beer” and I can drink my cold beer, your cold beer, that cold beer or no cold beer. All different “instances” of the class “cold beer”.

So, these words take the position of an article and they do the job of an article. So they must be articles, right? RIGHT?!
Well… no.
Modern linguistic theory and grammar calls them: determiners.
Determiner is a new category they came up with and it pretty much matches our description of articles, but for some reason, the articles are just ONE subgroup of determiners and possessives and pointers are other subgroups. No idea why, but okay… I’m not a linguist and I’m sure there are reasons for that.


Anyway, if you’ve never heard of determiners, then don’t worry. You’re not alone. Because that concept has NOT made it into the language teaching sphere… at least not for German. The German teacho-sphere largely uses terminology based on the traditional classical grammar.
So how does German teaching material call things like my, your, his?
Well… you can find plenty of tables for the endings of German possessive articles.
However, on another site or in another textbook, you might find a table for the German possessive adjectives. And it’s the same table because it talks about the same thing.
And if you’re then confused and you start digging, you might come across a authoritative looking source that tells you that their REAL name is possessive pronominal adjectives because they’re “adjectives that have pronominal features”.
Oh, and if you happened to look in German instead, you’ll find a grammar source that says they’re ACTUALLY called adjektivische Possessivpronomen because they’re “pronouns that have adjective-like features”.

Yeah, right!
The thing is… traditional grammar, for some reason bends over backwards just to not call words like my or your articles, even though that would intuitively make sense. Instead, it comes up with jargon garbage like adjektivische Possessivpronomina, but it’s inconsistent across languages, and so we have multiple terms for the same thing and it’s just really confusing to navigate.

Ideally, the teaching sphere AND the school system would all agree to maybe use the modern linguistic approach and everyone would agree to use one system and one terminology and that’s then used “cross language”.
But that’s not likely to happen any time soon.
So until that day, I feel like it is the responsibility of textbooks and teachers to at least tell the learners about this instead of pretending that their version of the terms is “tHe RhIgHt OnE.”
The terms are a mess. Let’s not pretend like it’s refined, centuries old sacred scholar knowledge.
If a term does it’s job well, then great. If not, let’s bring in a new one. Noun-Bros for the win :)
Seriously though… that was my little rant about terminology and what you should really take away from this is that it is OKAY if you’re confused by terms and don’t really know what’s what. Because it might just not be your fault at all.

Now, before we wrap up, let’s ask ourselves the question, if we really need articles.

Do we need articles and determiners

And the answer to that is a quick and decisive no. Most Slavic languages get by just fine without the and a and just leave that to context.
And as for the other determiners like my, this, no and so on… you can have all this done by endings or prepositions.

An example for a language that uses version two is Japanese, and an example for version three is Finnish.
So no… we don’t need articles.
So what do you think, German… why not do away with that? You’d be much leaner for it.
“Yeah… but I think imma keep ’em. I like being a challenge, you know.”
Oh well, I thought I’d ask.

Anyway, so that’s it folks. Now you know what articles are, what they do and most importantly, why you shouldn’t feel bad if you don’t know grammar terms, because it’s really quite the mess, especially cross languages.
As always, if you have any questions or thoughts about this, please leave them in the comments. And if you’re in linguistics and you felt a little triggered by my rant, I’m happy to get some pushback :).
Oh and also, let me know how the terms that YOU learned in school and if you have articles in your language.
I hope you had a fun time today and learned a bit.
Have a great week and see you next time.