News of 1st of April 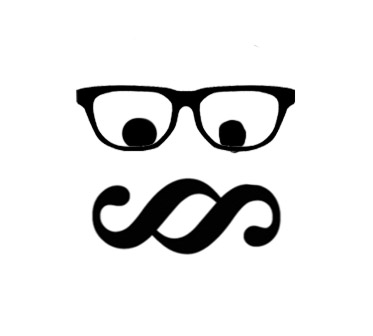 This post was my little April’s fools joke for this year. And since I’ve nothing new yet, I’ll just leave it for a few days :)… happy easter by the way… frohe Ostern

so originally I wanted to talk about gerade  but then I was reading the paper during my number 2 and I learned about some really really really crazy news. So, over the last decade or so the number of German students world wide has risen constantly and is still rising. Slowly, politics is catching on and in early 2014 an initiative was initiated. As a first step, the Statistische Bundesamt (federal office of statistics) investigated German classes of all kinds. The resulting data was then reviewed by a group of experts constituted by members of the Goethe Institute and the DaFL e.V.(German teachers association). And now, after several months of intense debate a first draft for a law passed the first reading of the Bundestag – the Nomengruppengenusvereinheitlichungsgesetz (NGVeG).
Here’s the most important bit (translation by me):

“After a transition period of 10 years all nouns that are in one synonym group or belong to a semantic set as defined in §36 sec. 24b shall have the gender of the most commonly used member of said group.”

What does that mean? Well it’s what you’ve always dreamed of. From 2025 onward “das Mädchen” will be “die Mädchen”. Because it is a member of the group “die Frau”. Here are a few more examples from the sample list they published on their website:

The draft is supported not only by the people involved in teaching but also by the all important lobby of young parents. A big study in 2012 revealed a significant correlation between a kid’s exposure to random, non-nonsensical noun genders and ADHS prompting a true gold rush in “One Noun Gender a Year “-parenting books and “single noun gender child yoga”-courses. Parents, on full alert, have been pushing for language reform ever since.
Of course the draft also received some serious flak by conservatives and the press. One argument that the nay-sayers like to bring up is the fact that  two compounds with the same base noun could have two different genders then.

And one word can have two different genders depending on the meaning.

Prof. S. Scheinhuber, a very renowned metaphysical linguist of the University Thübingen argued that it might even be more difficult to learn than before. But other experts claim that having a gender difference can actually help students making a distinction between the several abstract meanings of a word like Ausgang. Overall the pros definitely outweigh the cons and worried parents are definitely a force to be reckoned with so… I am pretty sure the law will pass making German gender much more intuitive and fun.Yeaaay.
Isn’t that great??? I’ll definitely keep you updated on the whole process and let you know as soon as you can burn all the study material you hate so much. So.. that’s it for today. Wasn’t really a word but I just had to share that with you. Also, I’d really like to hear your thoughts on this. Do you think that it’s gonna make it easier? Oh, and if you have successfully learned the genders already does it piss you off that it was all for naught? Like… would that reform be a reason for you to unlearn German? Let me know in the comments below.
In either case, I wish you a wonderful day! Or in new German… eine wundervolle Tag… because “Tag” belongs to the group “die Zeit” ;)

By the way… there has been another reform a while ago, with regards to verb tenses. It didn’t receive much media attention because it was about the Future 3 tense but if you have decent German you can read a full article here: Germany introduces third future tense